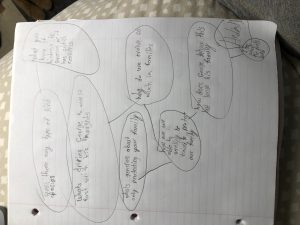 Atul Guwande has many different examplesof medicine and many different viewpoints including his own. My question has come to be why do some doctors feel that it is better to not tell their patients when they think that furthering treatment will not be beneficial for them? In some cases of illness, doctors do not inform their patients that continuing treatment will not further benefit them. In Sara Thomas Monopoli’s case,doctors were faced with the difficult task of breaking the news to her that she was going to die because she had just delivered her first child. Sara Monopoli was healthy her entire life and had just welcomed her daughter into the world. Shortly before giving birth to her daughter, she was informed that she had an incurable lung cancer that would require inducing labor and later, treatment. Due to the fact that her cancer was inoperable, Sara would have to go through chemotherapy involving a new drug, Tarceva. Tarceva is a “drug that targets gene mutations commonly found in lung cancers of female non-smokers”. Although 85% of people respond to the drug, the cancer is still not curable given the stage she was already at and survival rates are an average of about one year. Doctors did not inform of her this at the time because, “It seemed harsh and pointless”. Her doctors in fact knew her chances of survival were going to be slim but instead chose to keep the information to themselves to save the optimistic, and newly parents from serious heartache. They found that the initial drug, Tarceva, was not effective in Sara’s body because she did not obtain the gene that the drug targets. They began a new treatment with a different drugs, carboplatin and paclitaxel, which ended up being carboplatin and gemcitabine due to a severe allergic reaction Sara had from the paclitaxel. This style of chemotherapy failed and the lymph nodes and tumors in her left chest and lung had grown progressively. She was then switched to another drug, pemetrexed, which studies had shown increased survival in some patients, but only those who had responded to their first treatment of chemotherapy which unfortunately, Sara had not. Her third drug treatment had also failed and at this point her cancer had spread from her left chest to her right, to her liver, the lining of her abdomen and her spine. Sara’s chances of survival and treatment options were decreasing rapidly, though doctors were still persistent with trying to keep Sara alive. At this point, having gone through three failed chemotherapy options, it is very difficult to remain positive and upbeat about the situation at hand. Sara’s doctors were hesitant to inform her about prognosis when they initially found the cancer, but why would they still be so hesitant after multiple failed treatments and many months passing? One way to view the situation from the doctors prospective is how do they inform this new mother that she is likely going to die within the next year? How do they inform her husband that he will also be a single parent in that time? It is a difficult challenge doctors and nurses are faced with having to deliver words that change and could potentially ruin their patient’s, and their patient’s loved ones, lives. When doctors are faced with an optimistic, hopeful patient it is excruciatingly difficult to crush their spirits more than the initial diagnosis already has. Another question that I asked myself was, if medicine is just preserving life, what does the persons whose life the medicine is preserving become? In the case people are in things like intensive care who are only breathing through mechanical ventilators. They aren’t technically even functional without the ventilator they cannot even go and enjoy themselves the way that they probably want to. They only hold purpose as hope for their loved ones. In some cases, this is needed but where do doctors distinguish where they can deem a person not functional or they can say that the person’s life wouldn’t “serve purpose. Guwande uses his personal experience with Sara but doesn’t ever fully tell why he could not just be straight with her. Do doctors fear that if they break news like that it will break everyone’s spirit. This doesn’t in some cases such as my grandmothers. She had ALS and was told she only had four years. She used this as motivation and sadly died after battling for 20. Had maybe the doctor never told her she would have let it beat her in four. Guwandes method with Sara is not for everyone so how can he and other doctors distinguish who can and cannot take news like that. Or what about the people that can take it as a chance for them to genuinely enjoy themselves before it’s all over?  People could really use that and may be able to go out happy but if doctors are not telling them they would never know. Also, how do families react when doctors tell them and not the patients. They are kind of using it as a cap out unless they are very personal with their patients and know that they would not be able to take the news.

Another interesting point is that doctors may continue treatment on patients for financial benefits.  Things like chemotherapy are very expensive and instead of just telling the patient that it will not work could doctors be holding off so that they could make more money. They could do things such as prolong the treatment. Or if current results are not working they may just keep the treatment going for a profit.

What do the ICU patients receive if medicine isn’t working? They fill out forms asking questions like Do you want to be resuscitated if your heart stops? Do you want aggressive treatments such as intubation and mechanical ventilation? Do you want antibiotics? Do you want tube or intravenous feeding if you can’t eat on your own? These are all serious going what was said about whatever medicine isn’t currently being used being able to be used but what does that turn the person into? 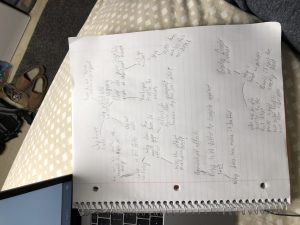 Peter Singer grew a very significant endless conversation that started because Pollan came across an article that he initially found absolutely ridiculous for someone to consume meat as he was ironically eating meat at the time he came across the article.  But Pollan didn’t come by this in any dumb manner; he approached this argument without outwardly lashing back and actually came out with a completely different outcome than he originally expected to start. One thing he for sure did was prove that he will continue to eat meat.

Peter Singer made some very harsh claims about people eating meat. He states that it is a type of speciesism and that people who are doing this should be looked at the same way as racist and anti-Semitist. With this being Singers oar Pollan not only has to find a way to make the sound of killing an animal correct but he also had to figure out things like why it would be ok and if humans have a responsibility to animals’ safety instead of killing them. In “An Animals Place”; Pollan was able to put his oar into the conversation without completely lashing out at what Singer had to say. He concluded that there were just and very unjust ways to kill an animal and that there are ways that are ok to kill an animal.

I do not agree with Singers conclusion for the reasons being that it has been in human nature both morally with things like religion; or even scientifically as man has been eating meat by hunting other animals. We as humans have always had to understand how to survive and eating what you hunt became a skill since early on in our ancestry. In American society today eating meat has maintained itself as part of everyday culture. So, to say that mainstream culture should be looked at the same as a racist or an anti- Semitist wouldn’t be a fair assessment. But the way that some animals are used in killed are unethical with the fact that they have a right to a just life.

Welcome to UNEPortfolios. This is your first post. Edit or delete it, then start blogging!